The fascinating history of polka dots The full history of polka dots

Most people don’t know this, but Polka dots actually has a really long and interesting history.

Polka dots are fun, playful, and used for everything from clothes to sheets to wallpaper and toys.

We believe that the dots originated back in Medieval Europe. Polka dot patterns were looked at, as a representation of disease and illness, like smallpox and leprosy, and because these diseases were fatal at the time, people didn’t like the pattern and resemblance.

In the 17th century, royals and rich women started covering pimples and bad skin with small pieces of paper dots, and from there the dots suddenly wasn’t that bad anymore, but the machinery they had back then, was just not good enough, to make a decent pattern like we are today.

The design itself is said to have had its origins in ancient Egypt, where it was used in hieroglyphics to represent the sun. These days, it is often used as an accent for other colors and designs.

The earliest known use of polka dots in the United States was in 1835 when the Boston-based company Curtis Brown, and Company used them on a line of cotton and linen goods.

Throughout the polka fever, from 1950 to 1900, manufacturers couldn’t get enough, of the pattern and named anything in the range of products, after the dance. Polka hats, polka jackets, polka dresses, polka wallpaper, and of course, polka-dotted fabric. Most of these things had nothing to do with polka dance but sold like warm bread for a few decades.

Only the polka dot fabric pattern still remains popular, though here in 2022 polka dots are getting ready for a comeback.

The polka dot pattern is a really simple, but also decorative and recognizable pattern. The pattern consists of round dots whit an even separation of space giving it that dotted polka pattern that we all know and love.

Patterns are traditionally created using a grid, a repeating baseline, and a system for spacing out a pattern. The polka dot is one such pattern that is created in this way. It is created by repeating dots vertically and horizontally, usually covering most of the canvas.

Way back when clothing didn’t get “printed” like today, they used screen-printing which is a 1000-year-old Chinese technique that was used to make print on fabric.

The mystery of the dot pattern has never been solved and the history of polka dots is a bit hazy, but we can see that they have seen a recent resurgence in popularity and hopefully never go out of style.

Polka dot patterns were a decorative fashion trend in the late 19th century. The trend originated in Western Europe and quickly spread to America. The polka dot pattern was used in a lot of things, like dresses, hats, shoes, and decorations around the houses.

In the United States, the polka dots pattern became famous in 1926 when Norma Smallwood, Miss America at the time, wore a polka dot swimsuit. As a result, many women fell in love with the print and in the 1930s, these dots were becoming popular almost anywhere.

The 1940s saw a polka dance revival and so also did the pattern. This was also the time when the Polka Dots and Moonbeams song by Frank Sinatra became an instant hit.

Polka was also widely promoted in the 1940s by magazines and newspapers like the Los Angeles Times and the popular daily newspaper, which told its hip readers to embrace the polka dots fashion.

Shortly after the Los Angeles Times publication, Christian Dior the French designer launched his first New York line in Paris. The collection mainly featured short little black dresses with bold white polka prints on them and became his best-selling design in the 1950s.

Soon after Dior launched his collection, every woman that was just a little into fashion wanted one. these polka dresses were typically knee-length dresses with a round neck and short puffy sleeves. The dresses typically came in black, white, blue, and red.

Also one of the more famous polka dot fashion events was In 1951. It was Marilyn Monroe pictured in her stunning polka dot beachwear. The picture is still to this day a piece of fashion history, and back then it became the talking point of the year.

Another “star” who also dresses in polka dots, is Minnie Mouse the Disney character, she has been wearing her polka-dotted dress, since the 60s and still is. Only a few men have been known for wearing polka dots, but a single one comes to mind, Disney’s Polka Dot Man who had glowing polka dots on his skin. He was a “villain” if you can call him that, in the batman series and he was a trickster that performed dot related crimes 🙂

Today people still like the dots and styles like the 1950s greaser style and the 80’s Rockabilly trend, which was all about polka dots, curly hair, and the pinup look, are still very popular around the world.

Why is it called polka dots?

It is called polka because of the folk dance named polka, a dance of European origin. It is believed that the term polka dots originated because polka dance was so popular around the time when the pattern became fashionable around the world.

It actually had a lot of other names before “polka dots”. The Spanish called the pattern “Lunars” which means little moons and the German used the term ‘Thaler drucken‘ after a silver coin pattern, which means dotted fabric.

The dance polka has small quick steps and a little jump. Polka was introduced around 1843 and became extremely popular in ballrooms and stage dance around the World.

It swept across Europe, the united states, and from Scandinavia to Latin America and developed many varieties. the dance is still popular now in the 20th century both as a folk dance and as a ballroom dance.

What is a polka dot?

A polka dot is a type of spot pattern with a narrow, repeating circular motif. Polka dots are often used to create patterns, such as in the design of wallpaper, paper, textiles, and some types of clothing. the dots are normally white and the fabric around it is mostly red, black, blue, or yellow.

I hope you liked the article and now know a little more about the history of polka dots.

If you like vintage and retro articles then you have come to the right place. Here at RetroSetup we love nostalgia, and that’s is why we wrote about the origins of the polka dots.

Feel free to browse through some of our other articles about retro and vintage subjects. 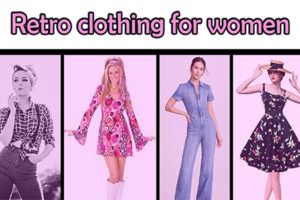