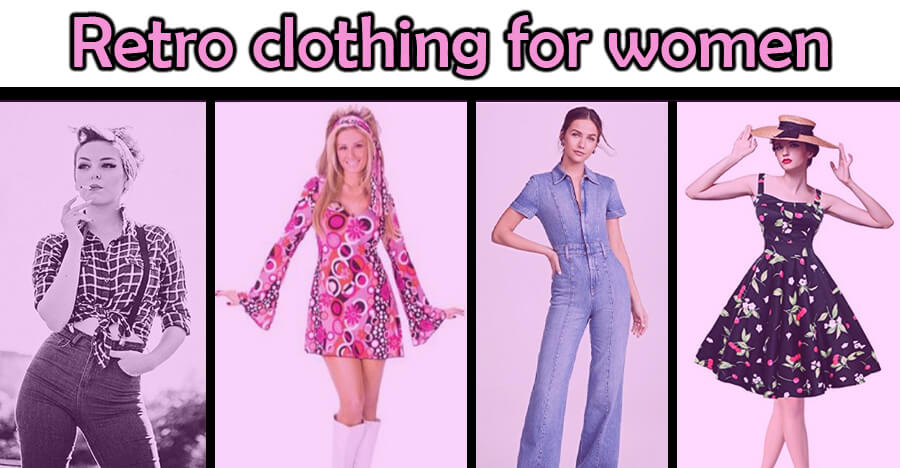 Stand out and feel special with these nostalgic retro styles

Retro clothing for women and vintage clothes from the past had a lot of soul and style, the colors and expressions were just more happy and outgoing, so why not bring some of that back into our black and grey society and help people by showing them real colors.

What is a greaser?

1950’s greaser style also called Greasers, was a youth subculture that was popularized in the 1950s to 1960s by predominantly working class and lower class teenagers and young adults in the United States.

The subculture remained prominent in the mid-1960s and was particularly embraced by certain ethnic groups in urban areas, particularly Italian-Americans and Hispanic-Americans. Rock and roll music, rockabilly and doo-wop were major parts of the culture.

Why where they called greasers?

The word “Greaser” originated in the 19th century in the United States as a derogatory label for poor laborers, specifically those of Mexican or Italian descent. The term was later used to refer to mechanics.

It was not used in writing to refer to the American subculture of the mid-20th century until the mid-1960s, though in this sense it still gave a negative relation to machine work. The name was applied to members of the subculture because of their characteristic greased-back hair.

Where did greasers come from?

The greaser subculture may have emerged in the post–World War II era among the motorcycle clubs and gangs of the late 1940s, though it was certainly established by the 1950s.

Original greasers were aligned by a feeling of disillusionment with American popular culture, either through a lack of economic opportunity in spite of the post-war boom or a marginalization enacted by the general domestic shift towards homogeneity in the 1950s.

Most were male, usually ethnic and working class, and held interest in hotrod culture or motorcycling. A handful of middle-class youth was drawn to the subculture for its rebellious attitude. 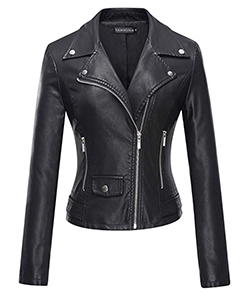 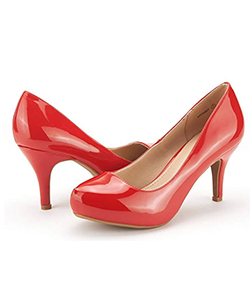 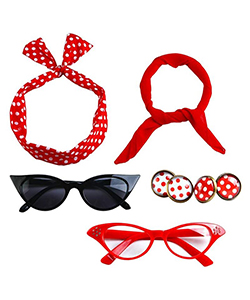 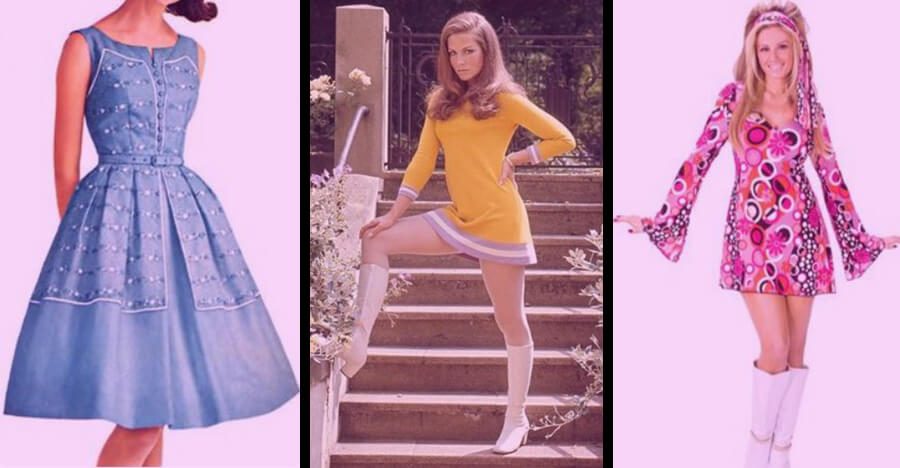 What is a hippie?

A hippie (sometimes spelled hippy) is a member of the counterculture of the 1960s, originally a youth movement that began in the United States during the mid-1960s and spread to other countries around the world. The word hippie came from hipster and was used to describe beatniks who moved into New York City’s Greenwich Village and San Francisco’s Haight-Ashbury district.

What does it mean to be a hippie?

Open relationships became an accepted part of the hippy lifestyle. This meant that you might have a primary relationship with one person, but if another attracted you, you could explore that relationship without rancor or jealousy.

Many hippies rejected mainstream organized religion in favor of a more personal spiritual experience. Buddhism, Hinduism, Sufism often resonated with hippies, as they were seen as less rule-bound, and less likely to be associated with existing baggage.

Distinct appearance and clothing were one of the immediate legacies of hippies worldwide. During the 1960s and 1970s, mustaches, beards and long hair became more commonplace and colorful, while multi-ethnic clothing dominated the fashion world. Since that time, a wide range of personal appearance options and clothing styles, including nudity, have become more widely acceptable, all of which was uncommon before the hippie era

What is a modern hippie?

Hippies are people that feel more spiritual and openminded than most others. The 1960’s hippie fashion is still alive and getting more and more popular, young people around the world is getting more environmental friendly and eco-focused.

Modern hippies are normally vegetarians, with a love for all living things. “Peace love and harmony”. 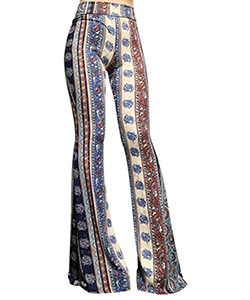 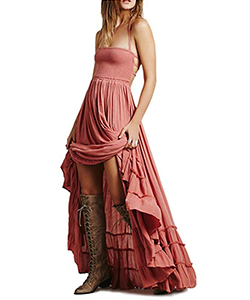 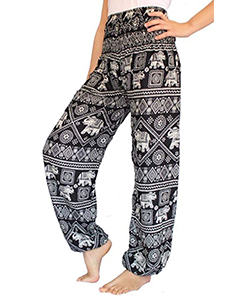 What is a jumpsuit?

The original skydivers’ jumpsuits were simple garments, designed to insulate the body from the colder temperature that’s associated with higher altitudes and minimize the risk of covering important handles. Today, however, the garment has found other uses.

Jumpsuits are generally regarded as a garment of convenience, as they are simpler to wear. They are more of a put on and remove garment than an ensemble outfit. One downside is that you have to remove it entirely for bathroom use.

What is a romper?

A romper suit, or just a romper, is a one-piece jumpsuit with short arms and legs, they are also called a playsuit (a combination of shorts and a shirt). They often have a, more casual look and feel.

Who else uses jumpsuits?

Aviators and astronauts sometimes wear insulated, fire-retardant jumpsuits or flight suits where other types of clothing can potentially float or flap about in zero gravity or during high-G maneuvers.

Drivers in motor racing wear jumpsuits for protection against fire and (in the case of motorcycle racers) leather suits for abrasion. 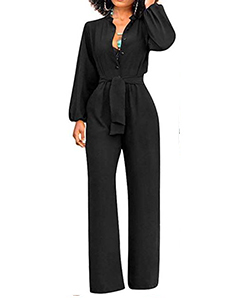 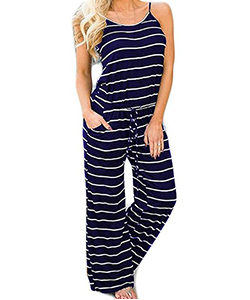 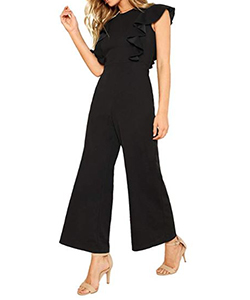 Rockabilly is an early type of rock and roll music that developed in the 1950s in the United States. Rockabilly was very popular among teenagers. Many parents of teenagers did not like rockabilly music, because rockabilly music had lyrics that talked about rebelling against rules, sex, and drinking alcohol.

Rockabilly musicians often wear slicked-back hair, jeans, and leather jackets. It originated in the 1950s and was popularized by artists like Elvis Presley, Jerry Lee Lewis, and Buddy Holly.

what does rockabilly mean?

What is rockabilly style?

The Rockabilly style originates from the 1940s and 1950s pin-up girls with sexy pencil skirts and 1950s swing dresses. Rockabilly clothing is inspired by rock n’ roll icons of the 50s with a splash of modern country and swing.

Almost all modern pin-up art has its inspiration from the rockabilly time and if you have ever seen the movie grease, then a lot of their style is in the rockabilly genre. The rockabilly style is typically associated with vintage cars, motorcycles, and clothing. 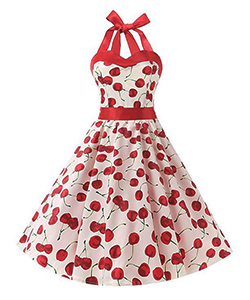 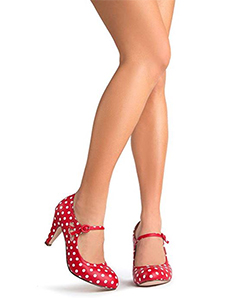 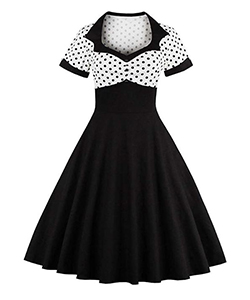 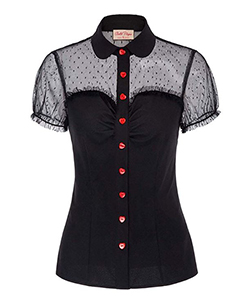 Retro clothing for women the 1990's denim and overalls trend

Overalls were originally made of denim, but they can also be made of corduroy or chino cloth. Overalls were invented in the 1890s by Levi Strauss & Co. Initially, they were only used for protective clothing in work settings, as a practical way of protecting your clothes underneath.

Years have gone since they were invented and in the 1990’s everybody had a pair. Since then they went out of fashion in the 00’s but slowly they are making their return again, amongst young people in the US and Europe.

Denim is a very strong kind of cloth. Denim has been used in the United States since the late 18th century. The word comes from the name of a cloth called serge. Serge was first made in the French town of Nîmes (de Nîmes)), by the André family. First called serge de Nîmes, the name was soon shortened to denim.

These days in many functions and even in workplaces, there is no shortage of people wearing denim pants.

This causes blue jeans to be white on the inside. The indigo dyeing process, in which the core of the warp threads remains white, creates denim’s signature fading characteristics.

What is ripped jeans?

Ripped jeans are denim jeans with tear or rips in them, often on the knees but it can be in other locations. They were most popular in the late 80’s during the hard rock and heavy metal era and in the 90’s during the grunge era.

Ripped jeans were simply a result of over-wearing, but today we buy them at an even higher price than a pair of new and unworn jeans. 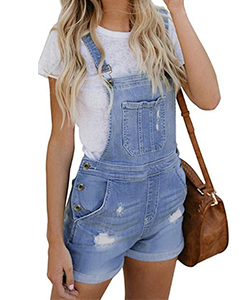 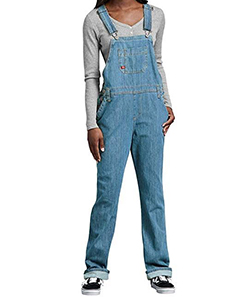 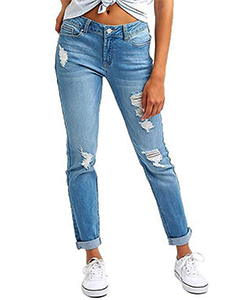 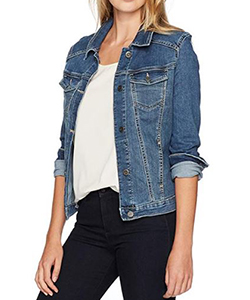 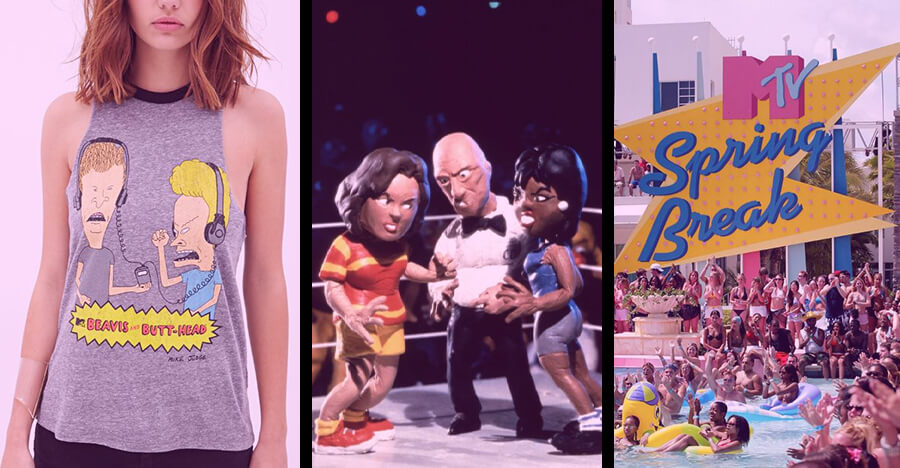 What is the MTV generation?

The MTV Generation refers to the youth of the late 1990’s to the early 20st centuries, a time when many were influenced by the MTV television channel. The term is sometimes used synonymously with Generation X.

MTV (originally, Music Television) is an American pay television channel launched on August 1, 1981, based in New York City that serves as the flagship from, Viacom Media Networks division in New York City.

MTV originally aired music videos as guided by television personalities known as “video jockeys” (VJs), but in the years since its inception, the network significantly toned down its focus on music in favor of original reality programming targeting teenagers and young adults.

Despite its success, the network’s programming and influence have been the subject of controversy over the years.

Some of the more famous and known MTV shows are.

They will usually deem things they encounter as “cool” if they are associated with heavy metal, violence, sex, destruction or the macabre. While inexperienced with females, they both share an obsession with sex and tend to chuckle whenever they hear words or phrases that could be even vaguely interpreted as sexual.

2. Daria:
The series focuses on Daria Morgendorffer, a smart, acerbic, somewhat misanthropic teenage girl who, along with her best friend, aspiring artist Jane Lane, observes the world around her. The show is set in the fictional suburban American town of Lawndale and is a satire of high school life, full of allusions to and criticisms of popular culture and social classes.

The series is known for its large amount of bloody violence, including combatants employing different abilities and weapons to deliver particularly brutal attacks, resulting in exaggerated physical injuries. 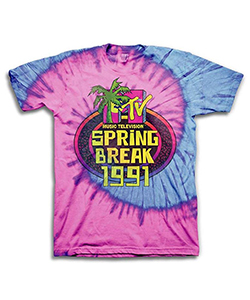 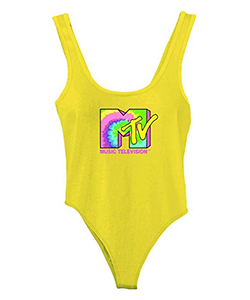 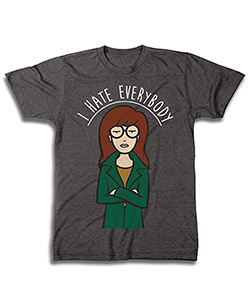 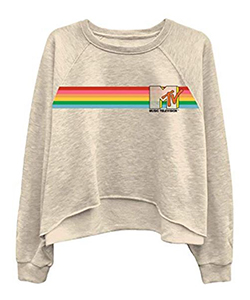 I hope this article helped you a little and if you’re interested in other Retro stuff and articles we have a lot of great ones in our Posts section. 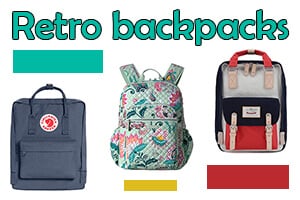